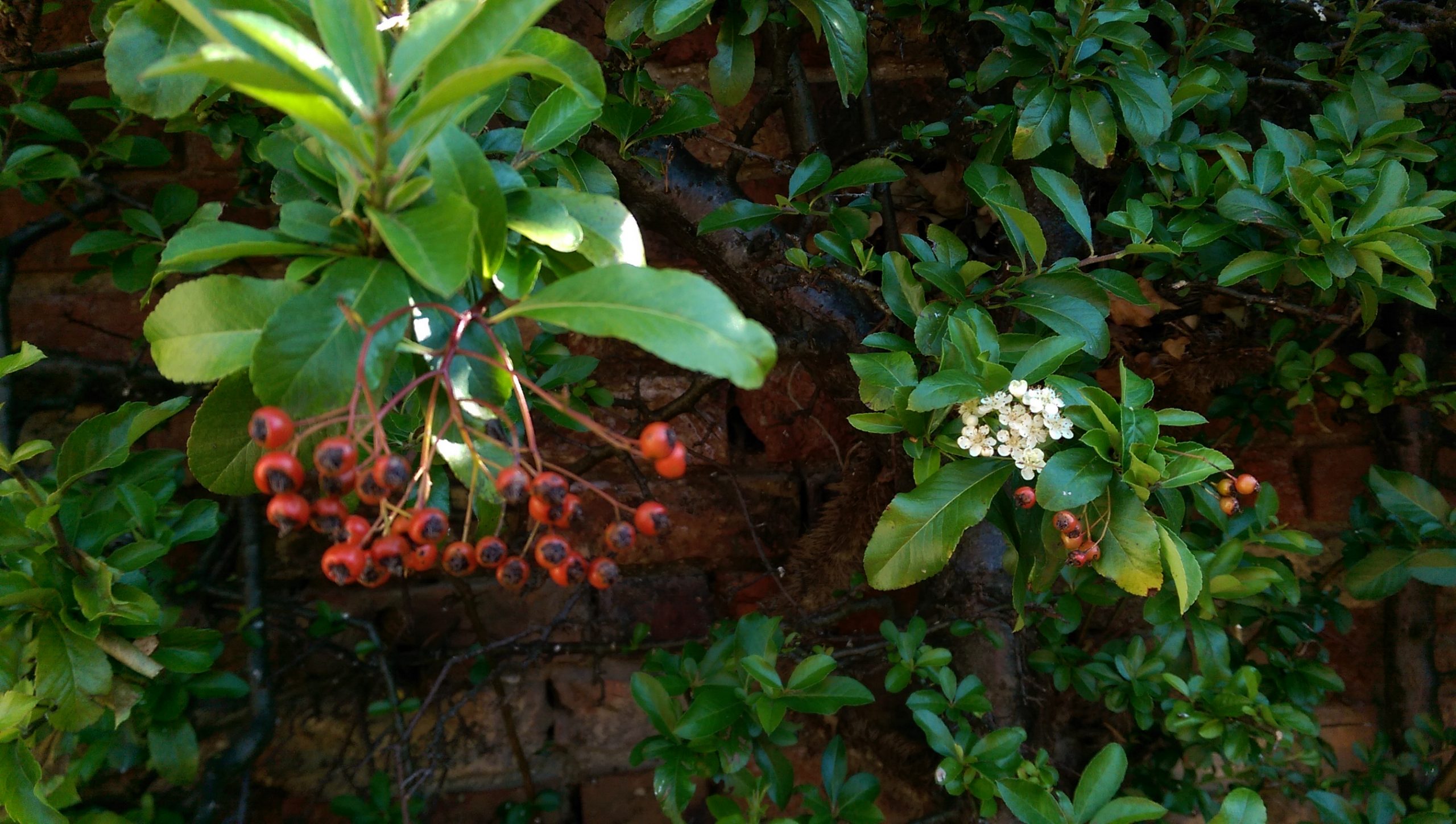 Each morning when we eat our breakfast we have a wonderful view of a mature pyracantha, fully 40 years old, trained against an old brick wall. Over the years the fierce thorns of that bush have claimed several footballs and a few tennis balls. However, they have also provided a safe haven for birds beyond the reaches of neighbourhood cats. 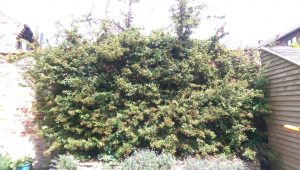 Carelessly, we had let the pyracantha have it’s own way for too many years, and it was so big it had smothered all other life out of the bed and was threatening to pull itself off the wall. The last straw was when Mavis started laying her eggs deep underneath the lowest branches and then went broody on them. Collecting the eggs and shoving her off her nest was a painful experience! So, once all the various resident families had vacated we rolled down our sleeves and set about giving the bush a severe haircut. Taking it back to about a foot or so from the wall we soon had a yard full of vicious, thorny branches but only a quarter of the bush trimmed. Still, there are few jobs I mind doing if there is Test Match Special on the radio to lighten the load, and so as England took on the South Africans I kept on with the loppers and, eventually, the bush was tamed. 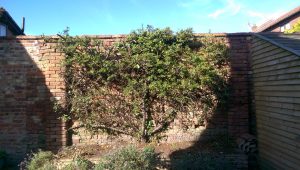 Filling a dumpy bag that had been used for a delivery of logs we made three trips to the tip and finally the yard was clear again, although for days afterwards we found small spiders taking up new homes in the car. The lavender looked lost dangling over the bed, and the soil looked dry and tired. The pyracantha was a shadow of its former self, but we figured it had enough roots and time left in the growing season to recover, so we gave it a good glug of Miracle Gro and packed the tools away.

September update: eight weeks later and the pyracantha is thriving again! The lavender has had its final flush so now all that is left is to wait until the autumn, dig up the lavender, pile some compost into the bed and plan for some new plants in the spring.

Have a question before you book?